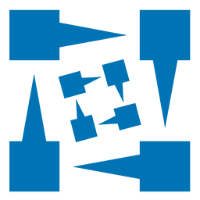 Support for OAuth 2.0, the industry-standard protocol for authorization, has been improved. We have added the ability to more easily test applications that authenticate using OAuth 2.0 and simplified the process to improve the user experience. Users can now create a reusable login test suite to get an OAuth 2.0 authorization code that will then automatically be applied to all relevant requests in the test scenario. The three most common grant types are supported: Authorization Code, Authorization Code with PKCE, and Client Credentials.

The 2022.1 release introduced a GraphQL Client that was limited to a literal input mode into which you could input the text of a predefined GraphQL query. With this release, support for GraphQL has been greatly expanded, including:

Virtualize users can extract request values to populate responses by using inline expressions. Inline expressions allow you to explicitly define parameterization of response payloads using extracted values from requests. Instead of using separate data bank tools to extract request values, you can now define from where to extract values directly in the response payload, simplifying both creation and maintenance of the virtual assets since the configuration of the extractions appears directly where the extracted values are used. See Extracting Request Values to Populate Responses in Virtualize for more information.

Inline expressions also include the ability to calculate and return dates and times using specific parameters and formatting, such as adding a time interval to a date retrieved from a request. Inline expressions simplify the configuration and maintenance of passing data from requests to responses and configuring date values within virtual assets. A new Date Time format has been added to allow you to specify formats that should be used to determine whether a string value represents a date/time and, if so, how to parse it when generating inline expressions for message responders. See the "Date Time Format" preference in Additional Preference Settings  for more information.

New support has been added for CRUD workflows and data source correlations in responders using SQL databases. See "Configuring a Database Correlation Data Source" under Adding a Data Source at the Suite, Project, or Global Level for more information.

Enhanced Documentation for Docker and Kubernetes

Parasoft continues to offer additional capabilities through the online Marketplace to enable customers to extend the tool for specific use cases and protocols. In this release: