Because VxWorks test objects/relocatables are linked with the -r option, the existence of symbol (function/variable) definitions is not checked, so any symbol resolution errors that occur will not be reported during linking. As a result, you won’t know if you forgot to define these definitions, or made a scope mistake that prevented their inclusion—until the execution phase, when the test object crashes. To receive advance warning about such problems, ensure that the Test Configuration you use for unit testing has the Perform early check for potential linker problems option enabled (in the Execution> Symbols tab) and that it is configured to use the generated external VxWorks image symbols list (as described in Providing an External List of Library Symbols). 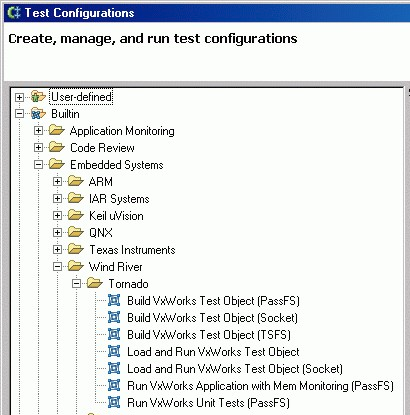