Direct testing of Wind River workbench projects (without creating a test project) should be applied if:

If a project has a hierarchical structure or if its build target definition contains resources from other projects, it should not be directly tested. Instead, create a test project as described in Using Test Projects in Wind River Workbench.

Before you start testing, ensure that the project’s compiler/linker options source is correctly set. In most cases, C++test automatically detects the necessary settings. The compiler/linker flags source settings are specified in the Build Settings. To access the build settings: 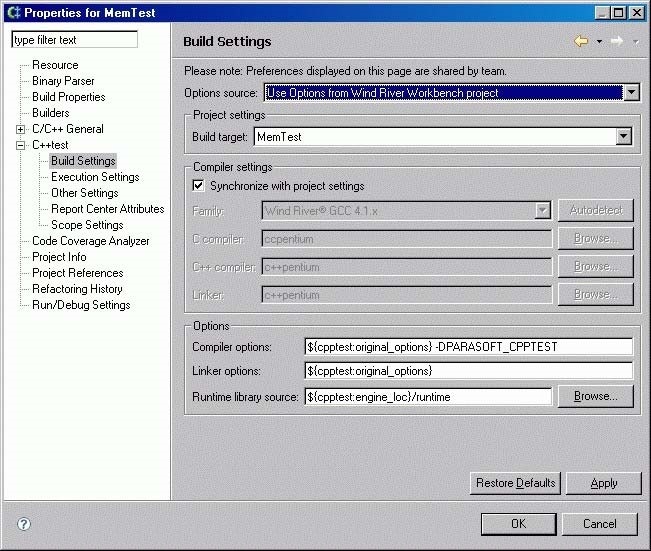 The following configuration options are available: