In addition to industry-standard C/C++ code coverage metrics, C/C++test can collect code coverage at the assembly level (also known as object code coverage), which provides visibility into which sections of assembly code were covered during test execution, as well as details on branching points execution.

Assuming that your project is configured for unit test execution or application memory monitoring with C/C++test and set up for a supported compiler (see Supported Compilers), no other configuration steps are required.

When you run the test configuration, coverage data is stored in the tested program's memory buffers. When the scheduled tests are executed and test executable exits, the collected coverage information is saved via the defined communication channel (typically, directly to the file).

If the test executable crashes or the memory becomes corrupted, the buffers that store coverage data may become corrupted or may not be saved. For this reason, we recommend reviewing the tests cases prior to execution and excluding from the testing session all tests that may crash the application.

Assembly coverage reports are generated after tests execution in the format specified in the test configuration (see Customizing Report Options). There is no assembly coverage data visible in C/C++test’s coverage view, source code editor, or any other component of the C/C++test UI.

The HTML report links include relative paths that will not be broken when the reports are moved to another location. 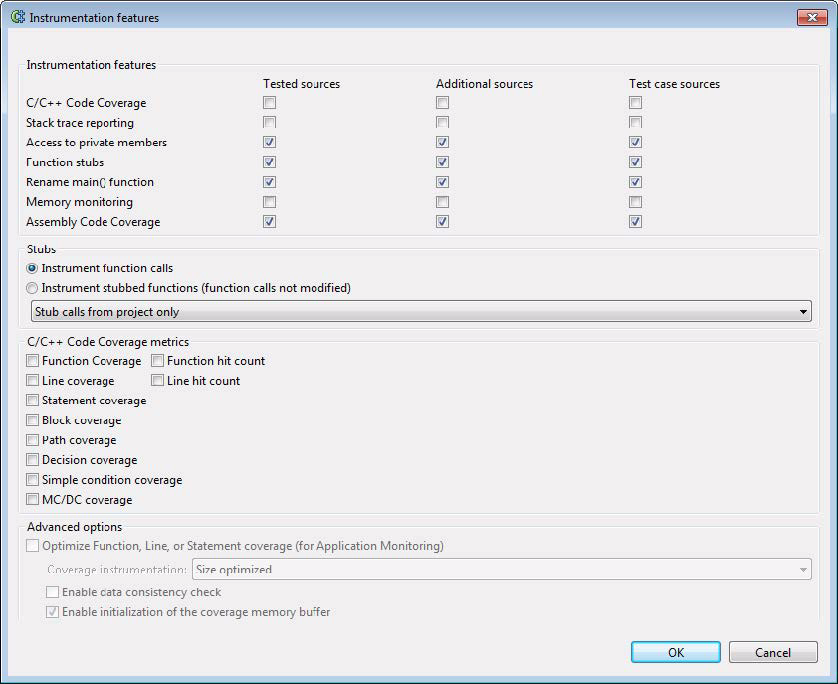