This section explains how you can test your source code through a Test Project and when it is recommended.

A Test Project is an Eclipse project that is dedicated for running tests. It can be created based on the selected Build Targets. A Test Project:

We recommend using Test Projects for testing multi-layer projects that include a root project with a number of sub-projects attached.  Directly testing such projects (without using a Test Project) limits the scope of testing to one project in the hierarchy. This means that the testing actions you perform on the root project exclusively apply to the resources included in this project–the sub-projects will not be tested. A Test Project can serve as a root for all the project in the hierarchy, ensuring that all the resources are included in the testing scope.

In addition, you can use Test Projects to to provide a better separation of testing components (such as test cases and stubs) from the original source code. 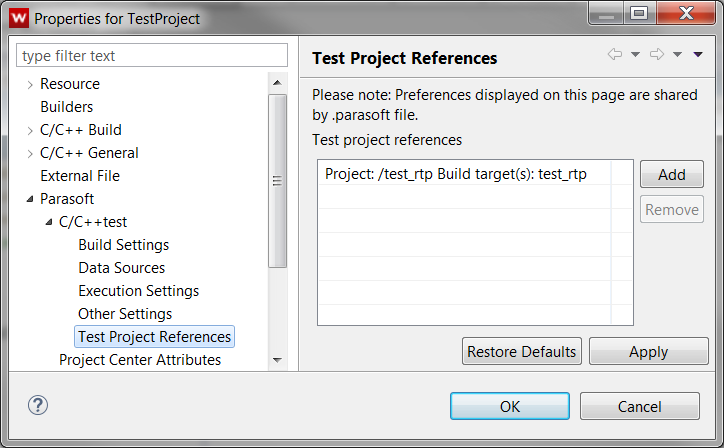 A Test Project requires maintenance to ensure that it is in sync with the original project for which it was created. In most cases, maintenance involves:

If the test project is created from more then one Build Target, you may need to manually update the list of referenced Build Targets.

It is common practice to work with more than one Wind River Workbench project's Build Spec for a given project. In such a case, when the active Build Spec is changed in the original project, you can pick up a new compiler/linker flags by refreshing the project (see Refreshing the Test Project). You do not need to create a separate test project for every Build Spec.