C++test has two the following types of rules: pattern-based and flow-based.

Several A number of rules are parameterized, meaning that you can customize the nature of the rules by modifying the available rule parameters. Parameterized rules are marked with a special  icon (a wizard hat with a radio button) in the Test Configurations dialog Static> Rules Tree tab:

Customizing and Creating Rules with RuleWizard

To customize a rule with RuleWizard:

You can easily create your own rules (or modify built-in rules) using the RuleWizard module, which is a module–a graphical rule creation and customization tool available in C++test. 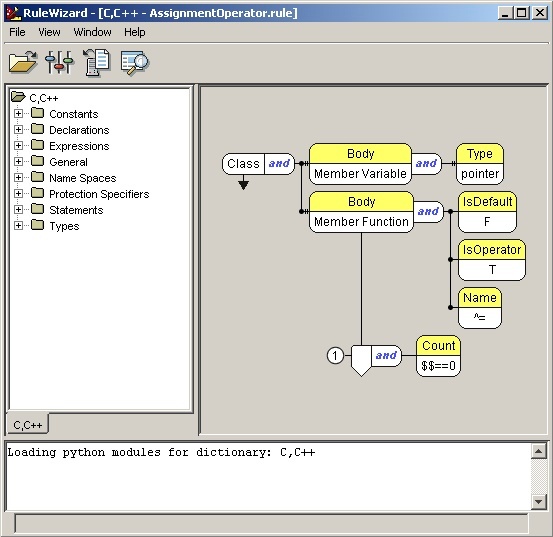 Before you can check custom rules, you must deploy them to C++test. The recommended deployment of customized or fully-custom rules leverages Team Server. As a rule, Parasoft infrastructure deployment relies on Team Server as a key component. C++test automatically connects to the Team Server using communication through a designated port. To set up your Team Server connection,  go to Parasoft> Preferences> Team Server. See the Connecting to Team Server

See the Managing Custom Rules section in the DTP User Guide for information how to deploy custom rules on DTP.